Patrick Hill was born and raised in Ridgeville. He graduated from Summerville High School and attended Claflin University in Orangeburg. 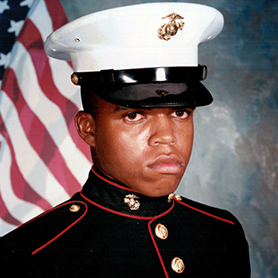 In 1988, Patrick joined the United States Marine Corps and proudly served our country for four years. After his discharge, he enrolled in his uncle’s cosmetology school, La Parisian Cosmetology School in Charleston. He did not yet know much about cosmetology, but his uncle laid the foundation for a life of learning and pursuit of his passion. While in school, Patrick learned different barber techniques and fell in love with the beauty industry. He later transferred to Dudley Cosmetology University in Greensboro, where he graduated with a broadened set of barber and cosmetology skills.

At the age of 22, Patrick opened a barber shop and beauty salon called Patrick’s Total Hair Care Center. Not long after opening his own shop, he realized his passion for teaching. He worked with his alma mater, Dudley Cosmetology University, and taught cosmetology classes to their students.

He soon expanded his barber shop and beauty salon to three locations, where he also began teaching barbering techniques to other cosmetologists. Patrick quickly recognized the value that leading training seminars offered. Private workshops allowed self-starters, like he himself had been, to gain critical clipper and shear skills without the cost and commitment of traditional schooling. Soon after, he received his barber instructor license and started teaching on-the-job barber work in his shops. From look-and-learn practices, hands-on teaching and one-on-one lessons, Patrick’s curriculum offers many different opportunities to learn new techniques. Check out his upcoming workshops.

“The passion I had for the beauty industry in my early years still hasn’t gone away.” 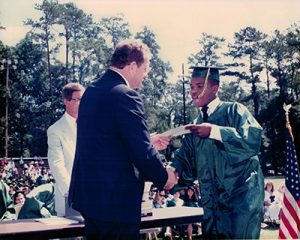 Patrick eventually sold his three shops to focus on his own barbering skills—becoming a Master Barber. He has been in his current location in Summerville since early 2017.

Patrick feels the most joy when he knows he is able to help someone else—whether that be giving a fresh haircut or passing on his extensive barbering knowledge to the next generation of cosmetologists. He loves to solve clients’ problems and help them look and feel their best.

With multi-generational clients, some of whom have been with him for over 18 years, Patrick The Groomsmith is an all-service master barber who can help you with almost any of your hair care needs.